Skip to primary content
Skip to secondary content
ASSIST II is a  Fourier Transform – Infrared Spectroscopy (FT-IR)  sensor used as part of the Collaborative Atmosphere Measurement Program (CAMP).  CAMP is an effort sponsored by the US Government to scientifically gather verifiable data that will prove or disprove the theory of global warming.
Fourier transform spectroscopy is defined well on Wikipedia as a measurement technique whereby spectra are collected based on measurements of the coherence of a radiative source, using time-domain or space-domain measurements of the electromagnetic radiation or other type of radiation.
Operationally the ASSIST II  collects ground level water vapor and carbon dioxide data simultaneous with the ASPECT aircraft flying at 10k feet collecting mid-level data and a satellite overhead collecting high level data.  The two areas of operation are over the land and water of Lake Livingston and the land and water near Lamont, Oklahoma.
Data will be collected 4 times, summer, fall, winter and spring however the ASSIST II will collect continuously though out the 12 months. 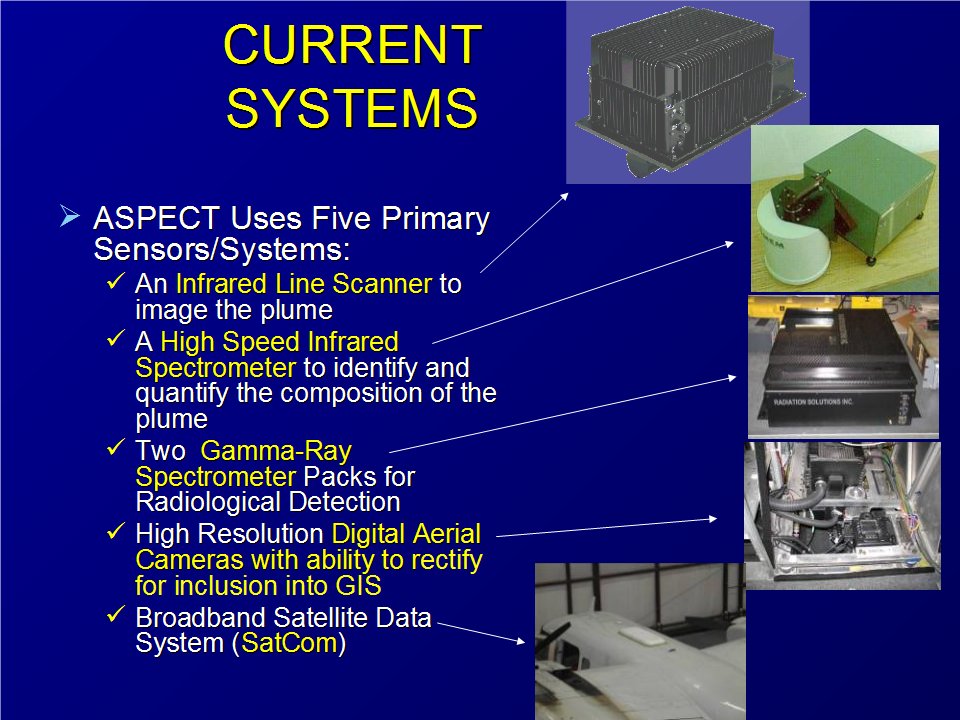 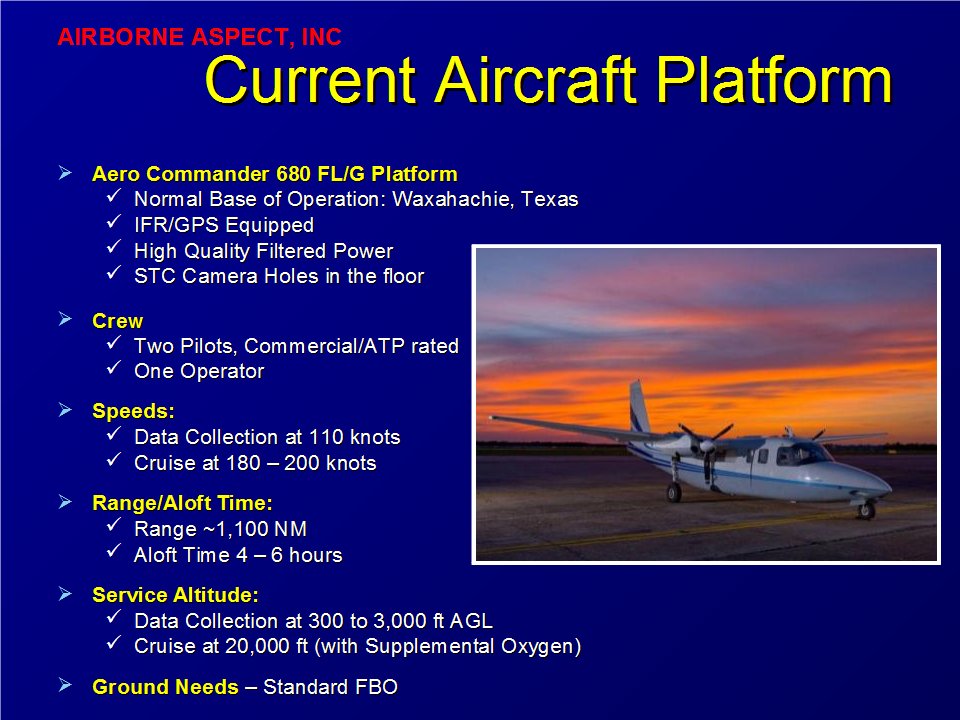 An effective ground coverage area of 885 x 590 meters is obtained when operated from the standard altitude of 850 meters.

Image ortho-rectification, which corrects for optical distortion and geometric distortion due to the three dimensional differences in the image, is accomplished using an inertial navigation unit (pitch, roll, and heading) coupled with a dedicated 5 Hz global positioning system (GPS). Aircraft altitude above ground is computed using the difference between the indicated GPS altitude and a 30 meter digital elevation model (DEM). Full ortho-rectification is computed using a camera model (lens and focal plane geometric model) and pixel specific elevation geometry derived from the digital elevation model to minimize edge and elevation distortion.